Mobile app development is the act or process by which a mobile app is developed for mobile devices, such as personal digital assistants, enterprise digital assistants or mobile phones. These applications can be pre-installed on phones during manufacturing platforms, or delivered as web applications using server-side or client-side processing (e.g., JavaScript) to provide an "application-like" experience within a Web browser. Application software developers also must consider a long array of screen sizes, hardware specifications, and configurations because of intense competition in mobile software and changes within each of the platforms. Mobile app development has been steadily growing, in revenues and jobs created.

Developers have multiple options for monetizing their applications, ranging from free, free with in-app purchases, and paid. However, App Store has been criticized for a lackluster development environment, prompting the company in June 2016 to announce a "renewed focus and energy" on the store.

It is the best platform to prepare app release:

We have affluent experienc of 5+ years in marketing the apps for getting immense success of the app with massive download from the users.

While originally developing iPhone prior to its unveiling in 2007, Apple's then-CEO Steve Jobs did not intend to let third-party developers build native apps for iOS, instead directing them to make web applications for the Safari web browser.[59] However, backlash from developers prompted the company to reconsider,[59] with Jobs announcing in October 2007 that Apple would have a software development kit available for developers by February 2008.The SDK was released on March 6, 2008. Perfect ASO Solution

At CIF, we provide total ASO solutions which will help you to get higher reviews, high visibility on the app stores to get decent traffic to your download page as such.

App marketing is the process of enhancing the visibility and quality of your iphone & Android apps on the app stores, for instance, on the iTunes in case of ios apps, Google Play for the Android apps.

App marketing will help you to analyze all the factors which will influence the traffic for your Google Play and also App Store Optimization.

App marketing is the best method of rising to the top rankings and achieving good traffic in case of Apple app store by optimizing your ios app to the core.

For this you will require to have quality-oriented keyword ideas from our dedicated team of professionals for optimizing your feature-rich Android app for Google play store.

You must always keep the strategy which gave you immense success for your app. We will guide to the core for making your app marketing strategy better.

App marketing helps you to improve app discovery and the downloads. High ratings will help you in getting good amount of conversions.

App marketing helps you in increasing your app downloads at a rapid pace by the paid marketing. We will help users to again attract with your app store.

Increase in the traffic on app store

The main purpose of ASO is to drive more traffic to your apps in the app store. It will also help you for indexing, huge downloads, increasing brand value and prospective customers.

It makes certain that your app has the high ranking in your app store's criteria. At CIF, we specialize in optimizing your Google Play and also Apple app store through organic or the paid marketing for enhancing the success of your business by using recent technological trends. 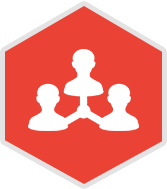 ASO is quite beneficial for the featured mobile and desktop apps. 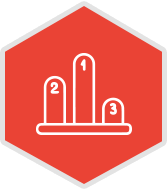 ASO provide higher ranking of the apps on app stores and istores also. 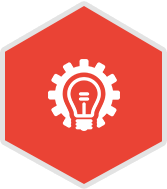 The brand value for your app gets increased through the ASO services. 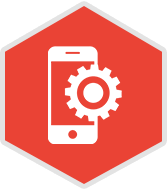 For the mobile app development companies, ASO proves to be trump card.

Why choose CIF for ASO?

We have experience of 5+ years & developed 500+ mobile apps.

We have spread our wings in 30+ countries.

We have huge base of 900+ satisfied clients.